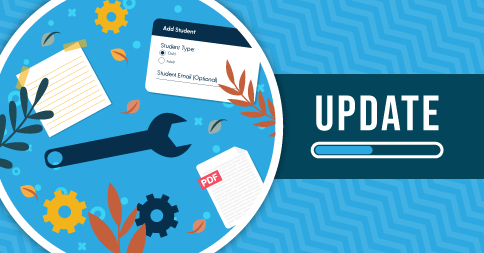 We can’t believe it’s November already! Daylight savings time just ended, and over at the My Music Staff office, we gained an hour of sleep – and you’re gaining some fresh new updates! Check them out below: