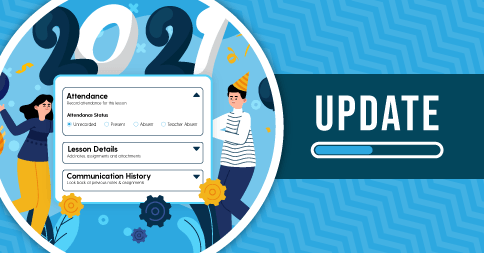 Happy New Year from the My Music Staff team! We’re starting off 2021 with some exciting new updates, including a brand new way to organize your files and some improvements to the beta attendance feature.